The Administrative Committee (AdCom), has been established to oversee the operation of ICES and being the main decision-making element of ICES. Furthermore, fundraising and liaison with IEEE and non-IEEE national and international organizations of similar scope, including the International Commission on Non-Ionizing Radiation Protection (ICNIRP), WHO, IEC, NATO, etc. is in the scope of AdCom. Liaison with national groups, such as the National Council on Radiation Protection and Measurements (NCRP), the American Conference of Government Industrial Hygienists (ACGIH), and the relevant federal agencies of the US, e.g., FDA, FCC, OSHA, NIOSH, as well as corresponding national agencies of other countries is also part of AdCom responsibilities. 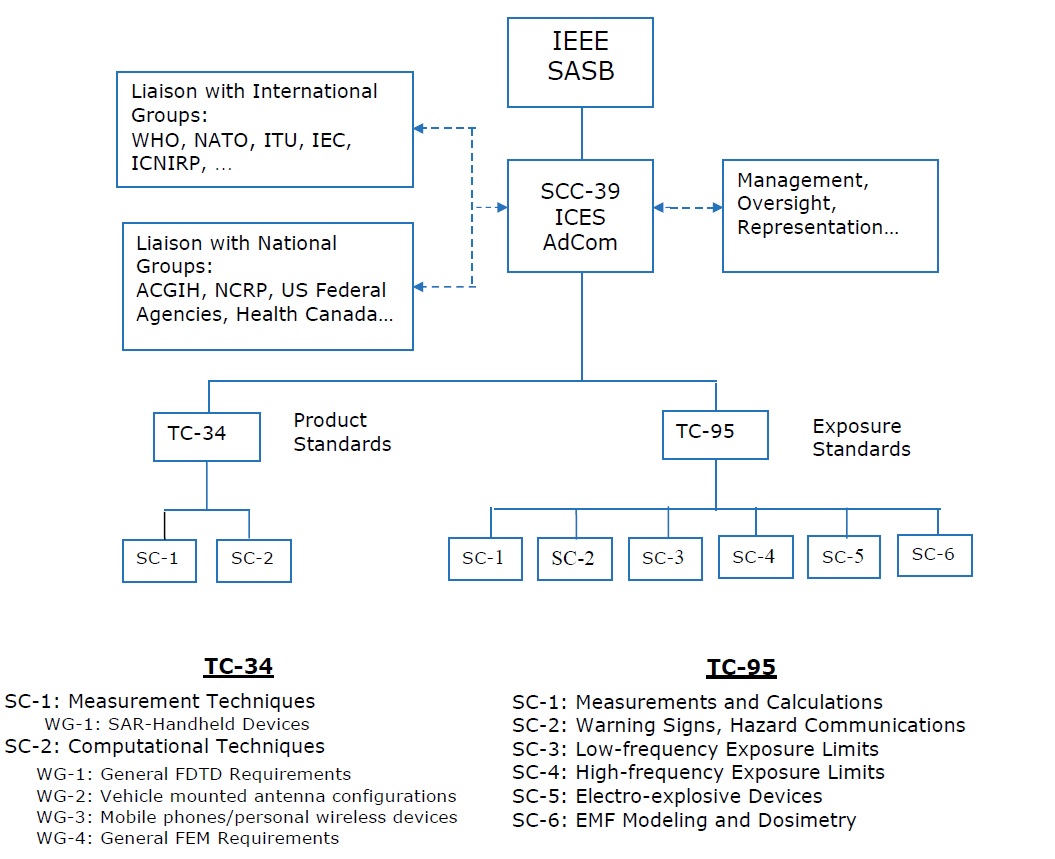