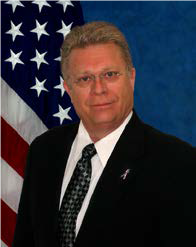 BERTRAM JON KLAUENBERG was born in Baltimore, MD, USA, on August 16, 1947. He passed away on August 8, 2021 in San Antonio, TX due to Covid-19. B Jon, as he was known to his ICES colleagues, received a dual B.S. degree in psychology-anthropology from Towson University, Baltimore, in 1972, the M.A. degree in physiological psychology, in 1977, and the interdisciplinary Ph.D. degree in neuropsychology and human physiology from Wayne State University, Detroit, MI, in 1980. He served as a Navigational Aids Electronics Technician in the U.S. Navy. He was a Postdoctoral Fellow, from 1980 to 1983, and a Research Associate in psychology and pharmacology with the University of Minnesota, Minneapolis, MN, from 1983 to 1986, publishing research on behavioral toxicology, including the first report of thermal epileptic kindling. His government service with the Air Force began at Brooks AFB, San Antonio, TX, USA, in 1986 where he conducted research into the biological effects of high-power microwaves as a Senior Research Physiologist until retirement in December 2018. He identified military operational impacts of electromagnetic fields exposure limits and with IEEE ICES helped to evolve the IEEE standard on human exposure to EMF. He engineered a NATO-IEEE Technical Cooperation Agreement, initiating the first civilian development of a military workplace EMF exposure standard. He led several NATO Research Technology Organization task groups on EMF bioeffects, reaching consensus for eliminating High Peak Power Ultra-Short Electromagnetic Pulses (HPP-EMP) limits. As a result, IEEE Std C95.1-2345-2014 followed suit and dropped the restriction on HHPP-EMP. He organized and directed NATO Advanced Research Workshops on RF standards and RF dosimetry. He was the USAF and NATO liaison to the International Advisory Committee of the World Health Organization EMF Project, coordinated AFRL as a WHO collaborating institution for EMF and helped to establish international collaborative research/development agreements. He initiated and led for 21 years the DoD Defense Standardization Program on Radiofrequency Exposure to Personnel Safety as the Lead Standardization Activity. He received the IEEE International Award, for 2006 and 2011, and the 2012 DOD Defense Standardization Program Office (DSPO) Award. In 2016, he also received the DSPO’s highest award for achievements in standardization.

B Jon participated in IEEE standards development across several different technical subcommittees for several decades, and served as Membership Chairman of the ICES for many years. B Jon was also instrumental in arranging for DoD support that allows for free access to all of the IEEE C95 family of standards, a significant advance for making the IEEE EMF standards freely available to the world. Besides acting as a conduit for interaction between ICES and NATO, he always had his hand in the most minute of technical matters such as the precise terminology of how EMF exposure limits should be expressed for avoiding confusion with other international standards development activities. He was also very active in the WHO EMF program, representing IEEE/ICES on NATO related activities. B Jon will be dearly missed by all of us!

B Jon is survived by his wife Suzanne of 50 years marriage, two sons Ehren and Andrew, and a grandson James.