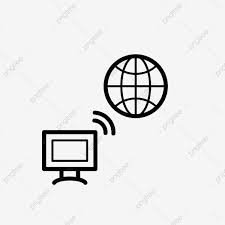 5G and Health
https://www.healthcouncil.nl/documents/advisory-reports/2020/09/02/5g-and-health
The committee has made four recommendations to Parliament

What are the potential health risks from 5G?
https://www.who.int/news-room/q-a-detail/5g-mobile-networks-and-health

5G: the new generation of the mobile phone network and health
https://www.arpansa.gov.au/news/5g-new-generation-mobile-phone-network-and-health

Ionising and non-ionising radiation and cancer.

Annual Report to the Nation on the Status of Cancer, 1975 -2011, Featuring Incidence of Breast Cancer Subtypes by Race/Ethnicity, Poverty, and State. JNCI. 2015 Mar 30; [Epub ahead of print].

Interagency Committee on the Health Effects of Non-ionising Fields: Report to Ministers 2015


Electromagnetic Fields Committee of the Health Council of the Netherlands.

OPINION of the European Economic and Social Committee on Electromagnetic Hypersensitivity


Electromagnetic Fields Committee of the Health Council of the Netherlands.


Frequently Asked Questions about Cell Phones and Your Health

“There is no scientific evidence that provides a definite answer to that question. Some organizations recommend caution in cell phone use. More research is needed before we know if using cell phones causes health effects.”

“At this time we do not have the science to link health problems to cell phone use. Scientific studies are underway to determine whether cell phone use may cause health effects. It is also important to consider the benefits of cell phones. Their use can be valuable in an urgent or emergency situation – and even save lives.”

Are there harmful Biological Effects of Low-Level Electromagnetic Fields at frequencies up to 300 GHz? http://www.theiet.org/factfiles/bioeffects/emf-position-page.cfm

Fact Sheet: What is Safety Code 6?

Exposure from mobile phones, base stations and wireless networks

Radiation of transmission facilities and health

What are the health risks associated with mobile phones and their base stations?

Update of the “Radiofrequencies and health” expert appraisal

Part 1: Epidemiology of tumours in the head.

[Note: The task of IARC is to classify the possibility of effects, while the other expert reviews are on established health effects.]

Exposure and testing requirements for mobile phones should be reassessed.


Mobile Phones, Brain Tumours and the Interphone Study: Where Are We Now?

Are there any health effects?


So do mobile phones definitely cause cancer?

Statement by ARPANSA on IARC announcement on classification of radiofrequency

Electromagnetic radiation from telecommunications and broadcasting equipment and health

Report on the analysis of risks associated to exposure to EMF: in vitro and in vivo (animals) studies

Note on the Interphone publication

Although HPA mentions in this statement that scientific evidence is limited, in particular regarding long term use and children, they clearly state at the
beginning of the paper: